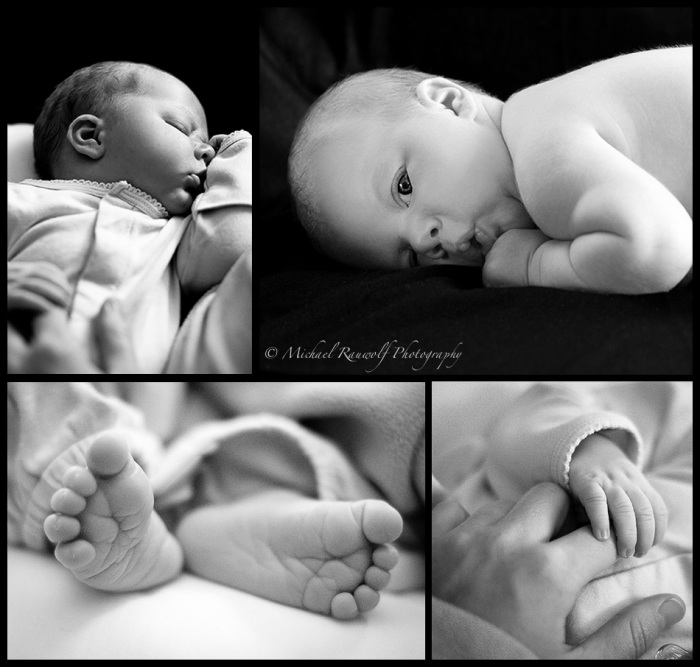 At 3:00am, on June 8th, I awoke to the sound of something clanking around in the kitchen.  I immediately turned to wake my wife, Dawn, only to find that she was not there.  I breathed a sigh of relief at the realization that it was Dawn making the noise, and not some intruder. I climbed out of bed and went into the kitchen.
“What are you doing?” I asked.
“I think I might be going into labor.” She replied. “I’m having contractions at close intervals, and they’re strong enough to keep me awake, but… I’m just not sure. They’re not that strong.”

With the birth of our first son, Liam, Dawn was several days overdue, and had to be induced with Pitocin, a drug that causes very intense contractions.  That labor had been very difficult, yet my wife had courageously endured around 40 hours without drugs before successfully delivering our son.

Now the experience was unfamiliar. Without being induced, Dawn had no idea what natural labor would feel like. Was this going to be a false alarm? How would she know for sure? Whereas our first child had been overdue, this baby seemed to be coming four days early.

“I figure that if I’m going to be staying awake, and if this is labor, then I’m not going into it without my house being clean,” Dawn said as she proceeded to continue putting away dishes.
“Should I… (what? Call the midwife, stay awake for emotional support? What in the world could a guy do?)”
“You should go back to bed,” Dawn said. “If it’s the real thing, I’ll wake you up, and we’ve probably got lots of time anyway.”
So, with my mind racing, I went back to bed. I didn’t think I would fall asleep, as I was quite nervous. What if Dawn was being overly hesitant? What if things were moving more quickly? As a husband, I wanted to intervene and make sure that all the right choices would be made for my wife and our new child, but I realized that the reality is (and this is often what is so difficult with husbands), I just couldn’t do anything. Dawn would have to listen to her own body, and endure the coming trials. I did in fact fall asleep, only to wake up around 5:00am.

Dawn was in the bedroom now putting away clothes. “I’m pretty sure this is the real thing.” She said.
“Great! Let’s call the midwife.”
“No, I want to be absolutely sure, and I don’t want to wake her this early if she doesn’t need to be here.”  So we waited and timed contractions for anther hour or so. They were consistently around 5 minutes apart (a sign of real labor).  I paced back and forth and tried not to look nervous.  I tried to find things to occupy the time while withholding the urge to pick up the phone right away and call our midwife.

We had opted to have this baby at home, unlike our first, so there was no need to drive to a hospital. I finally called the midwife, who made her way over to our house by about 7:00am. I got Liam out of bed, got him dressed and told him “Momma’s baby is coming today. You’re going to be a big brother!” At two years old, I’m not totally sure how much of that Liam understood. In any case, we sent him off to his grandparents’ house for the day.

The midwife checked Dawn’s progress, the baby’s heartbeat, etc., and reported that things were moving along nicely (yes! This is the real deal). The poor midwife had actually been awake all night with another mother-to-be, whose birth had not yet happened. I felt bad, so I made her some coffee and a light breakfast, and offered our spare bed if she wanted to take a short nap or two while things progressed.

rom then on, things seemed to move rather quickly. The midwife’s assistant showed up, and they got all their stuff ready, and were very polite and nice to have around.  What was surprising to me was how easy this labor seemed to be going in comparison to Liam’s.  I was prepared to be waiting and assisting late into the night, so it was a shock to hear the midwife say around 10am that this baby would be out by the early afternoon.  With Liam, Dawn’s strength had been totally drained by 7pm, and she still had another five hours to go.  With this baby, Dawn was able to move around, and rest in between contractions.  The contractions themselves were getting quite intense, but in between, she felt good, rested, and in some sense, “normal.” I suppose the difference can be attributed in part to this being a second birth, the fact that it was a home birth, and the fact that her body was doing naturally what it had been induced to do prior.  It was so much easier for me to see her “owning” this experience, and not having to endure such incredible pain.

Dawn’s mom and sister showed up around that time, and there was just a very special sense of anticipation as we waited for our new little one to arrive.  As the labor progressed, things did begin to get more intense. I held my wife as contractions arose and fell like waves. I continually reassured her that like a wave, each one would pass. I helped in whatever way I could, but part of the challenge for husbands, once again, is to let go and just be a support. I could not take her burden and hold it, but at least I could hold her.

I’d also like to say at this point how much I love my wife. I’ve heard a lot of stories about husbands who “hover” too much during labor, and the wives, who are quite outside of themselves, crying out something to the effect of “Get out of my face!”  So I tried to give her some space, but was pleasantly surprised to find that things were generally the opposite for us.  I felt like we were more connected than usual.  She wanted me there with her. She gripped my hand as I held her during contractions.  It was a very special time for both of us – a time of oneness.  I felt loved and needed, and it was a joy to provide whatever support I could give.

Paradoxically, there was a sense in which this experience also felt natural and relaxed. Her body was doing what it was created to do. Most of the pain we humans experience is an indication that something is wrong. That is why in labor, it’s hard to tell yourself that this pain is actually an indication that things are really going right. So in that sense, I found myself ironically unsettled and yet encouraged by my wife’s state as she continued to press on.

By late morning, labor was beginning to intensify. The midwives were getting set up, and there was a sense of excitement in the air.  Then it came time to push. There’s something remarkably powerful about this experience that one can only understand if they’ve been there.  When you witness someone giving birth, it connects you with something deep, primal – one of the most ancient parts of life – as though you are glimpsing through a window into another world, a world where God seems to be much nearer.  As Dawn was pushing, I found my eyes welling up with tears.  I looked around and saw that there wasn’t a dry eye in the room.  I couldn’t explain it.  In my mind, I was rationally thinking through all the things that were happening – dilation, baby moving down the canal, etc. – Yet something in me apart from my thoughts was reacting to what was happening, and I found myself moved to tears.  I held my wife as she pushed, and I was moved by her courage, motivated by the love she already felt for this baby as she was determined to bring him safely into the world.

had to push for some 15-20 minutes.  When the baby began to emerge, there was a slight complication: His arm was coming out alongside his head, and this was beginning to cut off circulation.  The midwife quickly had Dawn get on her hands and knees and push the baby out.  Levi slid out, his face totally blue, and not breathing.  The next few moments seemed to last far too long.  My heart raced and my whole body tensed as the midwives quickly used a bulb syringe to suck any fluid from his lungs.  They rubbed his chest, and even gave him mouth to mouth… all in the course of about 30 seconds. At one point, the midwife told Dawn to talk to her baby.  Dawn did so as best she could, and suddenly, to everyone’s utmost relief, Levi began to sputter and cry.  They wrapped him up, helped Dawn get into bed, and placed him in his mother’s arms on the bed. Everyone seemed to breathe a sigh of relief as we all wiped tears from our eyes.

We had chosen to wait and not find out the gender. And to be totally honest, we were somewhat surprised to have another boy – surprised and excited. Levi Andrew Rauwolf was born at 12:47pm, June 8th, 2011, and he was a whopping 10 pounds, 6 ounces.

My wife is a champion.

I got to cut the cord – a very strange thing.  I would liken it to a slippery electrical cord that houses three internal wires, only these wires are blood vessels. The cord of course ran to the placenta, which Dawn birthed soon after the baby. Everyone was amazed because apparently, the placenta was quite large.  We fried it up for breakfast the next morning – No, just kidding.  I have heard that there are people who do that… not us.

After the birth, we were all curious how Liam would react.  Liam was introduced to his new little brother just a few hours after Levi was born. While I’m not sure if he totally understood all that was happening, his reaction was overall good.  He kissed his brother, smiled and looked genuinely intrigued.

It’s been joyful and challenging getting used to life with two kids.  It’s very difficult to get anything done, as it seems you are always tending to one child or the other.  However, it’s more than worth it.  We love our boys.  I can hardly believe we are now a family of four, and I can’t wait for all of the memories we will create together.

This site uses Akismet to reduce spam. Learn how your comment data is processed.